Blayne’s passion is telling stories. She gets some of her greatest joy from meeting new people, starting discussions, satisfying her often-unquenchable curiosity and working to amplify the voices of those who feel they are never heard.

And through her work as a journalist, Blayne is blessed with the opportunity to channel her passion into purpose.

Blayne Alexander is a reporter and anchor with 11Alive News, Atlanta’s NBC affiliate. In addition to her weekday reports, you can see Blayne anchoring 11Alive Weekend Today on Saturday and Sunday mornings, beginning at 9am.

A three-time Emmy Award nominee, Blayne has traveled the country to cover some of the biggest news events in recent history. Her first major assignment came in 2009, when she worked with a team of journalists to cover the historic inauguration of President Barack Obama – an assignment she would repeat four years later. Most recently, Blayne spent days covering protests in Ferguson and Baltimore following the deaths of Michael Brown and Freddie Gray. She also reported from Selma, Alabama as the eyes of the nation converged on the small town to celebrate the 50th anniversary of Bloody Sunday. Blayne’s work has appeared nationally on MSNBC and The Weather Channel.

Before coming to Atlanta in 2011, Blayne was a general assignment and education reporter at WRDW-TV in Augusta, GA. She began her career as a production assistant for NBC Nightly News in Washington, DC. 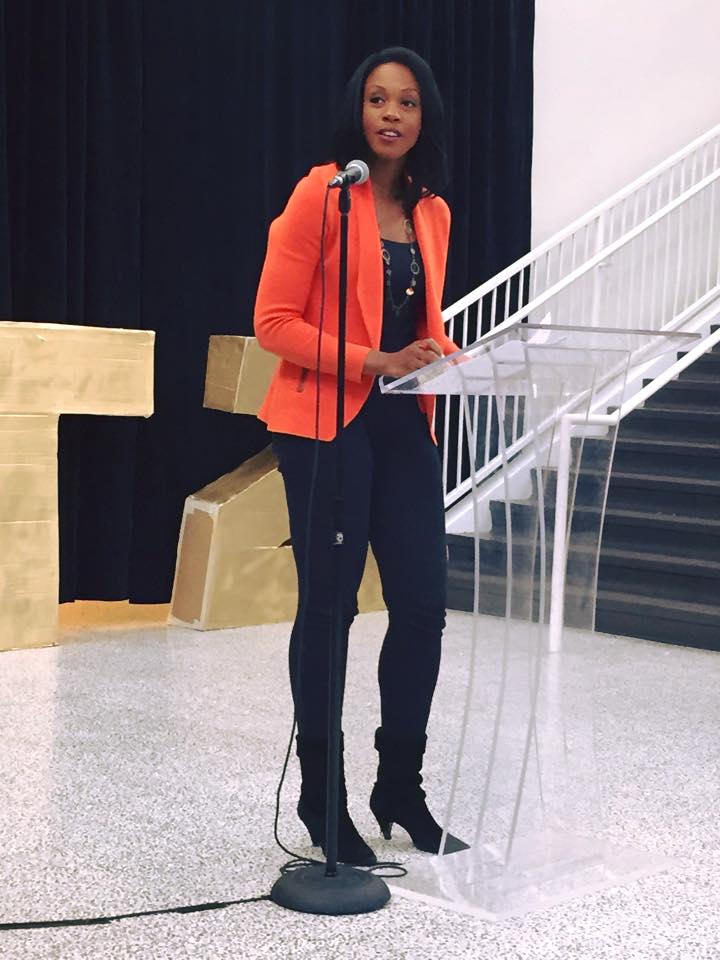 As a community servant, Blayne is a member of Junior League of Atlanta, Delta Sigma Theta Sorority, Inc. and an active volunteer and mentor with Cool Girls, Inc. Blayne also volunteers with the Fulton County Juvenile Court Citizen Review Panel and serves on the advisory board for The Scholarship Academy, a non-profit organization helping low-income students gain access to college scholarships.

Blayne is actively involved with both National and Atlanta Associations of Black Journalists, serving on the local executive board as vice-president of broadcast.

A proud Blue Devil (at times, obnoxiously so), Blayne is a graduate of Duke University. She cheerfully holds the distinction of being an Oklahoma Girl, born and raised in Oklahoma City, OK.