I remember the first time I became aware of flags flying at half staff. It was April of 1995. President Clinton had ordered the lowering of flags across the country – a symbol of honor for the 169 people killed in the Murrah federal building bombing. As an Oklahoma City girl, I was intimately close to that moment. Even in third grade, I realized the gravity of both what had occurred, as well as the national gesture to honor it.

That was the first time.

I had just wrapped up an interview at Atlanta Police Department headquarters. As I walked out of the front doors, lugging my camera and gear toward my SUV, I happened to glance at the four flags flying outside of the APD building.

They were flying at half staff.

I paused. I looked. I noted the flags. But it was my first immediate thought, my initial reaction that caught me off guard:

Which tragedy are we mourning this time?

This wasn’t my mind’s clever way of vocalizing or expressing the state of the world, though it could certainly be warranted.

“My mind raced. I clawed frantically at my mind’s encyclopedia. Which tragedy are we mourning this time?”

But in a dark whirlwind of mass shootings, hashtags, terrorist attacks…for just a few moments, I truly did forget which tragedy these flags were meant to honor.

As a journalist, I and many of my colleagues – for better or worse – have an almost encyclopedic knowledge of tragedy. We can rattle off the names of fatal shooting victims from years past. We identify streets and intersections around town by what act of crime was committed nearby. I personally have logged more tearful interviews with mourning loved ones than I care (or am able) to count.

And when a tragedy of national or international proportion hits, as journalists, are all in. We memorize suspect and victims names. Inhale every official update. Affix ourselves to Twitter feeds, news conferences and AP wires for the smallest update, and scour for any hint of a “local connection” – someone nearby who may have been affected.

If I pause long enough to think about it – truly, it is an exhausting process.

But today, standing in the July Atlanta sun outside of the police department, all of those many details suddenly blurred together for me.

Who is our country mourning today?

My mind raced. I clawed frantically at my mind’s usually organized encyclopedia. Were these flags for the 49 people killed in Orlando? My morning news feeds were filled with terrifying reports from Nice, France – are we mourning with our ally after the latest terrorist attack on French soil? Are these flags crying for the 5 Dallas police officers snuffed out by sniper bullets, a cruel attack born from the equally cruel reality of yet more deaths?

Which tragedy is it today?

As I got into my car, my mind went back to third grade me: a little girl who witnessed a national tragedy for the very first time – the hate enacted upon a building only ten minutes away from my childhood home. The flags for me, then, were a tremendous symbol.

Today, it seems that symbol is almost a mainstay. Unlike 21 years ago, this time, those flags are not weeping for my hometown.

But as the symbol of national mourning is now unveiled on a seemingly daily basis, the impact hits equally close to home. 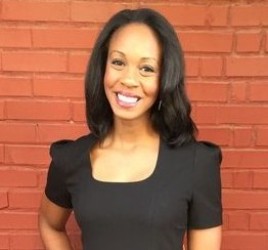